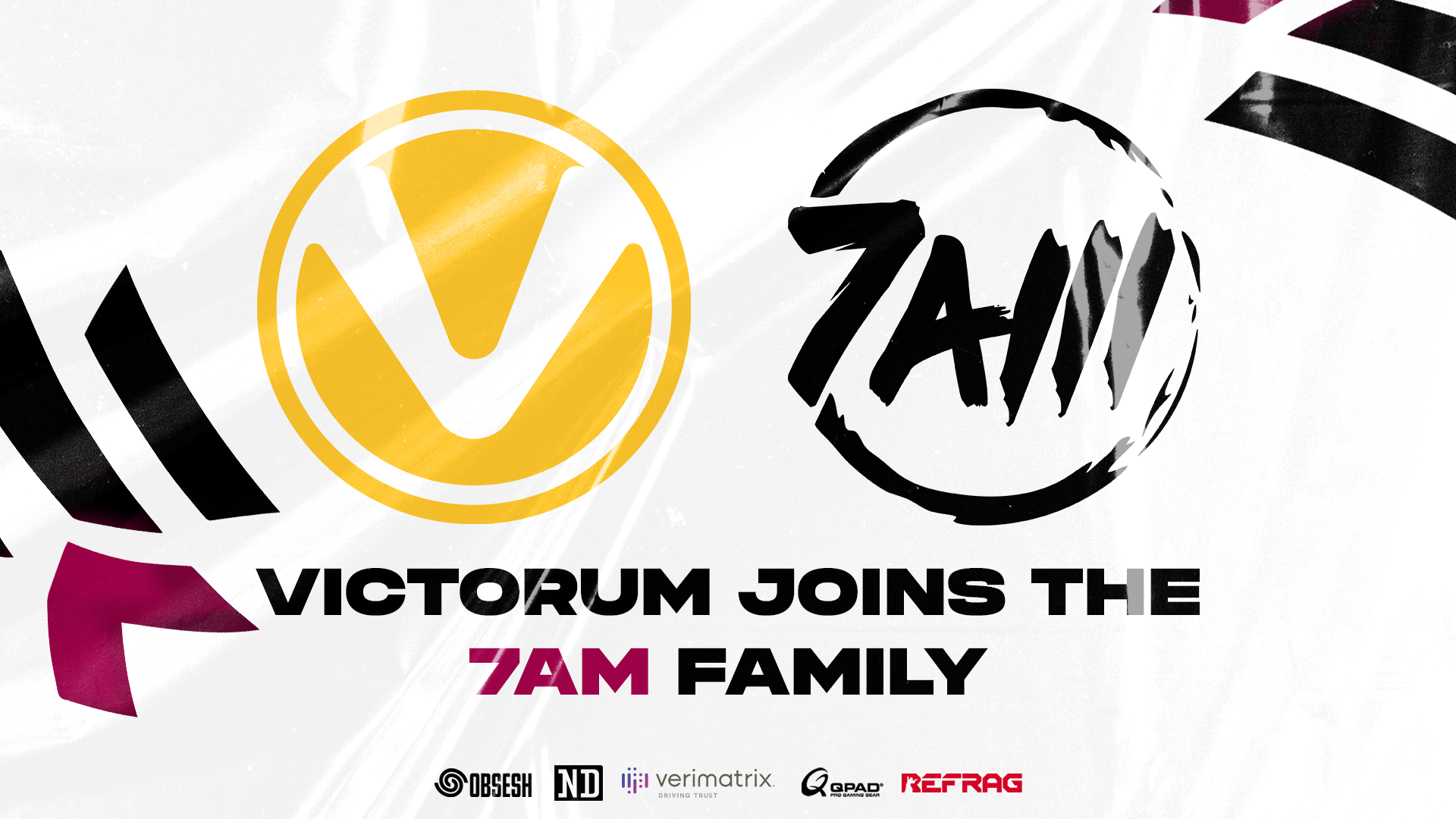 A proud moment for us at 7AM as we welcome our first North American roster!

An opportunity that found itself possible through our ambitions with our EU CSGO roster, we will now field squads in CSGO on 2 continents. A move that opens doors and a new path for our organisation in NA, we are excited to build an audience and following in the CSGO scene there.

The roster formerly known as Victorum will contest the ECL against the likes of Evil Geniuses and MIBR under the 7AM banner. Pushing the top 100 CS teams in the world, we are excited to progress further and with the full support of Refrag we have every possibility to do so.

This opportunity all originally became possible thanks to LVN (captain of Team7am EU), as he reached out to the Refrag team and shared his immense adoration of the platform, and initiated conversations about a partnership to showcase our features to the EU region. In my initial conversation with LVN, I quickly realized how brilliant he was not only how to be successful in the game at a high level, but also what it takes to be successful out of the server as well from a business and brand perspective. Team7am are lucky to have him!

LVN then introduced me to John (WundA), where we agreed to a collaborative cross-promotional partnership. John and I immediately hit it off, as we both have been playing Counter-Strike since before most of these guys were even born, and we are both supporters of Arsenal Football Club! It’s always a pleasure meeting someone who is as passionate about Counter-Strike and Football as I am, especially when they’ve been playing CS as long as we have. I met John (WundA) and his EU roster in person at Fragadelphia 17 this past summer at their first international LAN event. We immediately began to reminisce on the early days of CS, when the competitive map pool comprised of maps like Cpl_Mill & Cpl_Fire, and winning local tournaments wasn’t for the money, but for regional bragging rights and pride. What better place to have that conversation than the most prolific grassroots tournament for NA CS?

As I sat behind the EU roster of Team7am and watched them compete at Frag 17, it lent me yet another reminder of my passion for CS and why I’ve continued to pour so much heart and soul into it. Seeing a team of young, talented aspiring pros being supported by an organization to travel internationally and chase their dreams. There’s something so incredible about that, especially knowing what was and wasn’t possible when I was their age.

I was intrigued to learn more about WundA and what his vision was for Team7am and beyond. So in between maps that his team was competing in at Frag, our conversations continued and when it dawned on him that I was at Frag to coach Victorum – an ECL team that was not represented by an organization, I saw a lightbulb flicker for John. He said “This just isn’t right, let’s figure something out!” It warmed my heart seeing his reaction, knowing full well how much it would mean to the players of Victorum to finally have the opportunity to represent a notable org who share the same goals. This opportunity was not discussed with the players of Victorum until after the season concluded, when the team maintained our spot in ECL. Although the season could have certainly gone better, we learned alot and collectively decided that maintaining the same roster (SolGoat, AtomiK, Slugy, Izik, Drew) would provide the best best possible outcome from a growth and improvement perspective. I am a firm believer of this philosophy, and I am confident it will pay off this season.

Our main goal is to demonstrate improvement from last season, and to make everyone at Team7am proud not only from a competitive standpoint, but also from a brand perspective as well. I speak for the whole team in saying that we are committed to these goals through and through, and look forward to showing off all that we have been working on during the offseason.

We didn't come back from NA empty handed.
Victorum ➡ 7AM

See you in the server! 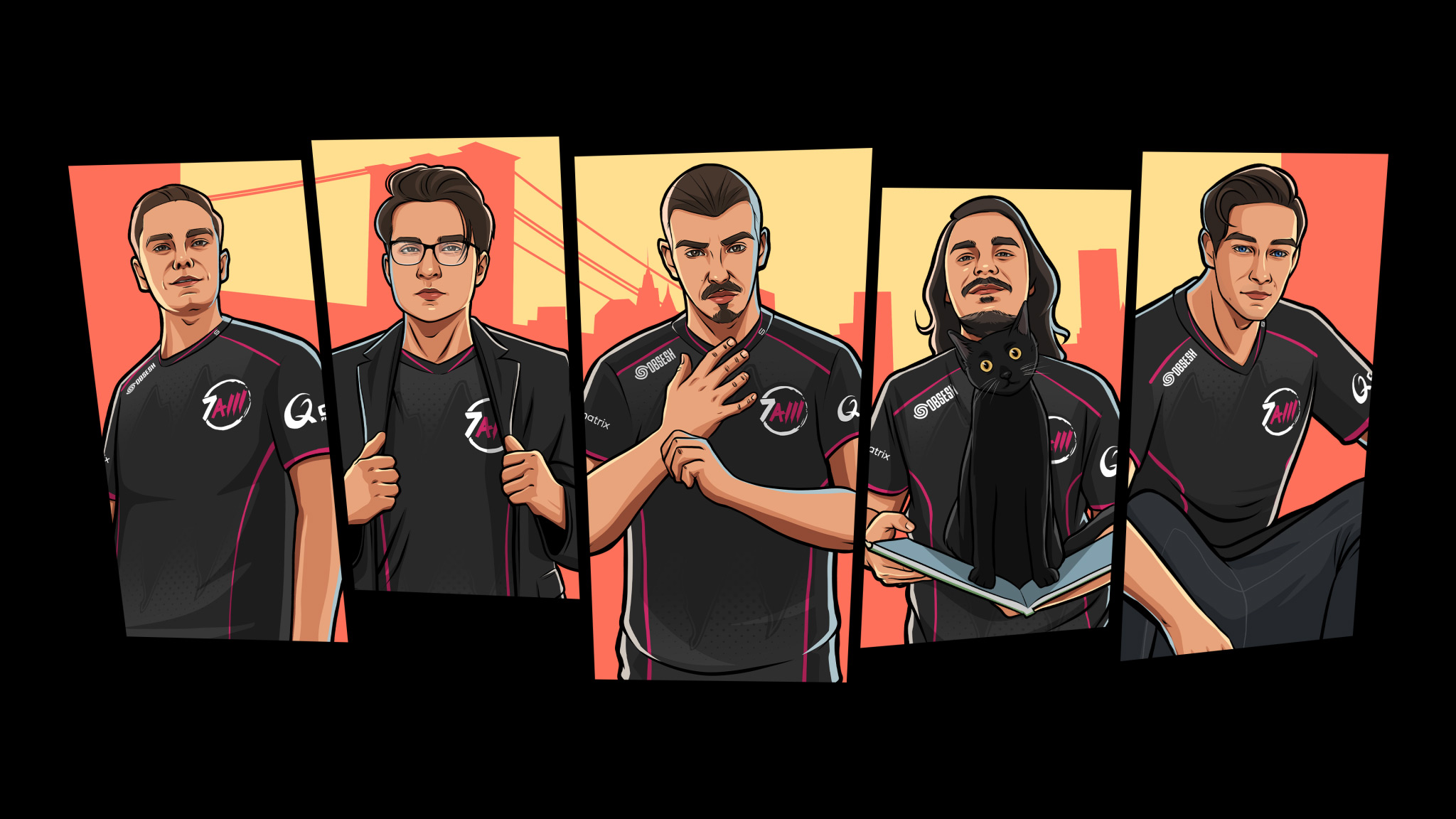 Behind the scenes.. Getting ready for ESLOL 2022

Find out what went on behind the scenes at 7AM during the closed season as we prepared for 2022 League of Legends! …